A visit to a fracking zone in Patagonia 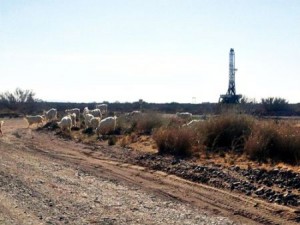 * Originally published at Mediacoop (this article is a translation of the original piece over at Herramienta)
** Translator’s note: Since this article was written, another oil spill happened at Campo Maripe on July 14th.