Argentina: A Reconfiguration of the Left?

As part of the inauguration of its office in Buenos Aires, Rosa Luxemburg Foundation organized the seminar “Human Rights, Yesterday and Today” . marcha.org.ar spoke with Osvaldo Bayer and Horacio Tarcus about the situation and the future of the Left 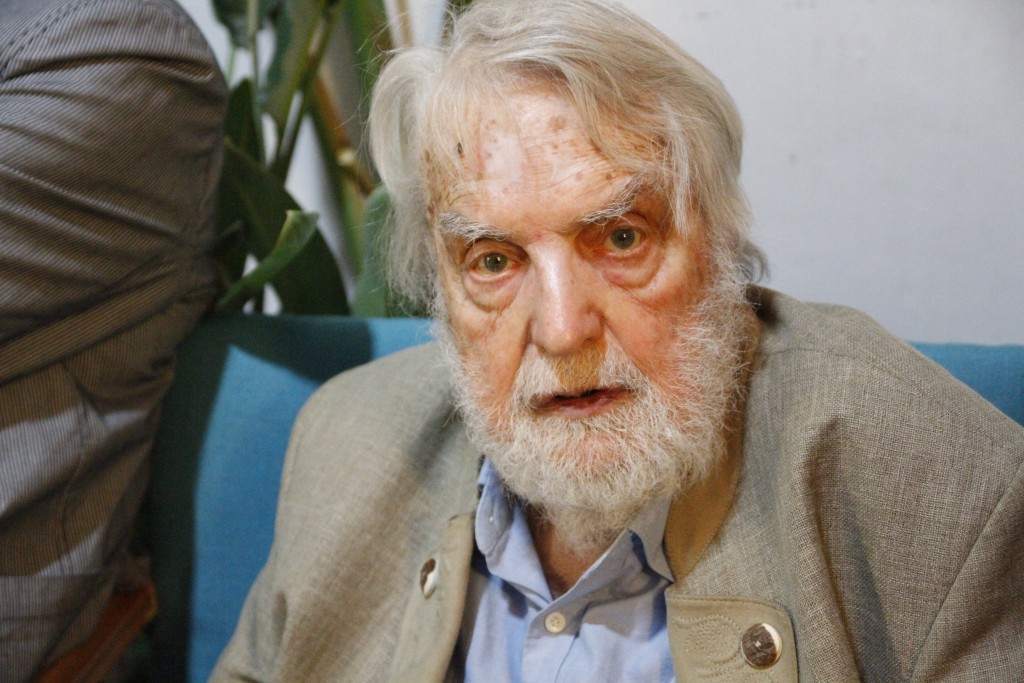 By Francisco Farina and Nadia Fink
Rosa Luxemburg Foundation, as part of the official opening of its office in Buenos Aires, organized the seminar “Human Rights, Yesterday and Today. Memory – complicity – territorial disputes”, on December 1st and 2nd, in the Castelar Hotel. Personalities, activists and intellectuals from Latin America and Germany were convened to debate.
Gerhard Dilger, director of Rosa Luxemburg Foundation’s Regional Office for Brazil and Southern Cone, gave the welcoming speech. “We need to encourage debates among the left, which is very fragmented in our countries”, he said regarding the work of the Foundation and the opening of this new office. Finally, he addressed the organizations and popular movements that were present: “We are here to contribute and learn from you as equals, along the lines of the libertarian socialism of Rosa Luxemburg”.
The first panel of the day, titled “Memory and Human Rights. Reflections back and forth between Latin America and Germany”, was leadered by Osvaldo Bayer, legendary historian, writer and journalist, as well as renowned anarchist, and Rainer Huhle, a specialist in human rights and historical memory, director of the Centre for Human Rights of Nuremberg and member of the Committee against Enforced Disappearances of the UN. Prior to the exhibition, Relmu Ñamku was given the floor, along with other members of the Winkul Newen Mapuche community, to give a special thanks to Osvaldo Bayer for his participation and active membership in the visibility of the claims of indigenous peoples.

Bayer focused his presentation on the years of oppression and dictatorships that the country endured. “I’m going to summarize the cruelty in Argentina, which is terrible,” he began. From president Rivadavia to the last military dictatorship, he listed the atrocities suffered by the common people. He also paid tribute to Rosa Luxemburg through a narration dedicated to a baby named Rosa, daughter of a detained-disappeared comrade.
In his turn, Rainer Huhle spoke on the Nuremberg trials, explaining that “the trial was part of a restructuring or ‘re-education’ of German society”. Accompanied by photographic projections, he portrayed the different stages of the trial and the impact on society. “I care about preserving the memory of the memory” he said, and “not as a frozen picture of a moment in time, but studying how memory evolves”.
The second workshop of the day was coordinated by historian Vera Carnovale and featured expositions by the director of the Center for Documentation and Research of the Culture of the Left in Argentina (CeDInCI), Horacio Tarcus, and historian Werner Pade.
First, Werner Pade elaborated on the relationship between the last dictatorship in Argentina (1976-83) and the German Democratic Republic. The historian explained that “there was no policy for Latin American by the German Democratic Republic”, but still “Galtieri received wishes for the successful development of bilateral relations by the East Germans”.
Horacio Tarcus described the divergent positions of the left in the face of the military coup of March 1976 and the nature of the dictatorship that had been imposed; he delved into the theoretical and political difficulties that the left faced when trying to decipher the coup that was coming, as well as the nature of its political-economic project. In addition to reviewing the specifics of the last civic-military dictatorship, Tarcus raised the question of why left-wing organizations did not have a relevant role in the struggles for Human Rights.

marcha.org.ar was able to talk with Tarcus about the challenges in the near future for our society and particularly, for left-wing organizations. He said that “we are facing an unprecedented experience: for the first time a party formed by leaders of the Argentine ruling class come to power not through a military coup, but through elections”. He added that “the risks are very large but at the same time every novelty and scenario is an invitation to critical reflection”.

Will the Left achieve unity?
Tarcus, who specializes in the history of the left in Argentina, added: “the characterizations that the left is making of this period are still very traditional, very incipient; I think there is much to learn and much to understand; of course also much to defend, because at this stage there is a risk of losing rights that cost a lot of effort and a lot of blood to conquer”.
Facing the challenges ahead, he said: “I am optimistic that perhaps the new political scenario also involves a reconfiguration in the field of the left and I bet on the emergence of critical thinking that exceeds the current disputes between various leftist groups; they could lead a process of unity, with open discussion, without mutual exclusion, without reciprocal sectarianism; this sounds like a utopia but some steps have been already taken and are taking place in this regard. And if the right, the center-right, and radicalism were able to unite to win the elections… Why can’t the left achieve this? Its programs and values that have to do with equality and liberty- have so clear and similar for so long. I’m not saying this will necessarily happen; it is a desire, it’s a bet”.
When asked about the tasks of popular organizations, he said that “a good characterization of the specific nature of this new government will help a lot. We think we need to call on collective debates, plan common actions, but also discussions in common, to characterize this new phase that is opening in Argentina, and perhaps in Latin America in general… Are we facing a depletion of progressive governments? Is there a growth of a center-right that has to run to the center and appeal to certain forms of populism and values to reach the government? I think these are some questions in this context of crisis and re-composition of global capitalism that the left will have to face in the months and years ahead”.
marcha.org.ar also talked to Osvaldo Bayer. When asked about his opinion on the new government, the historian explained that “I see the future of the country as a march towards conservatism: there is an increasing indifference among peoples, among the masses, among classes, but I think within the next four years people will realize that the country did not make progress, that only the rich and the large corporations progressed”.
“So it will be a trial period for conservatism, and they will fail. The country is not predisposed for that kind of project, and to return to the search for a solution, which we have not yet found”. He also referred to the work of the left-wing organizations and parties: “The most rational way would be that the left joined and created a unified program, only with a few points, but with a commitment to really fulfill them: until now, this has never been done”.
Photos: Verena Glass