François Houtart and the Common Good of Humanity

07 Jun 2017 François Houtart and the Common Good of Humanity

Posted at 17:15h in News by Gerhard
0 Likes
By Bernard Duterme and Guy Bajoit, Centre Tricontinental 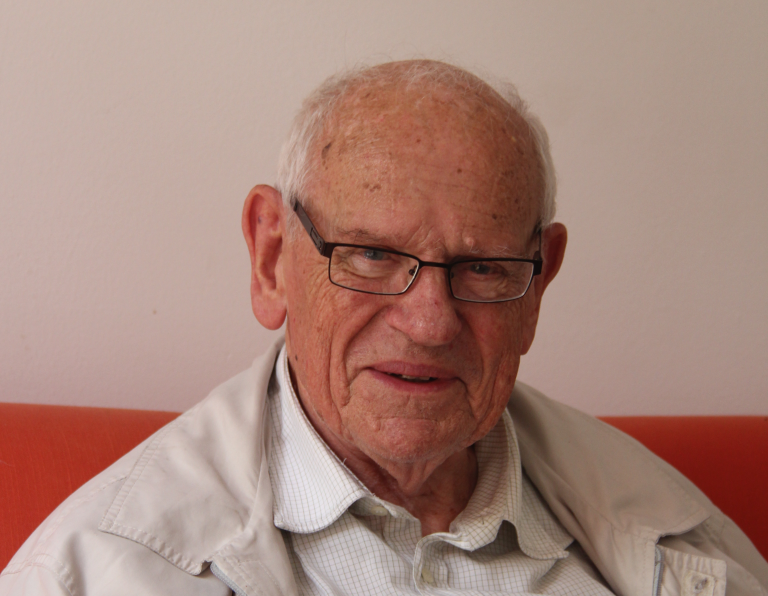 François Houtart has passed away. He founded CETRI (Centre Tricontinental) in 1976 and was its director till 2004. We are sadly, painfully mourning. From ‘third-worldism’ to alter-globalism, from liberation theology to the ecology of creation, François Houtart has been and will always remain an important thinker in favour of the emancipation of peoples. He was a reference, a voice and a heart for hundreds of thousands of people all over the world, more particularly in Asia, Africa and Latin America, from heads of State to the most humble of landless peasants.
Better than any list of all his work, his articles, his speeches, his lectures and conferences, his trips, his qualifications, rewards and recognitions, François Houtart is best remembered for his personal qualities. Most of all, his stubbornness, his energy and his availability.
He stubbornly and systematically was on the side of the oppressed, the alienated, the marginalized. He scientifically and politically shed light on the mechanisms of domination, denouncing them and promoting alternatives for an environment-friendly egalitarian social organisation.
His never flinching energy, his untiring enthusiasm were characteristic. It is an understatement to say he never stopped working, he never counted the hours. Never ever did he stop acting, till just a couple of hours before the end … for the very first time.
His availability was endless, his accessibility proverbial. Never disturbed, always ready to welcome, to listen, to speak, to commit himself in some new initiative, in a new fight for more justice.
François also was the – sociological – conscience of the pregnancy of social relationships, of social determinants which made him humble and lucid concerning his own trajectory.

‘If I were born in a poor family in India, Mali or Nicaragua, I would never have had the social, cultural, symbolic resources that paved my way’.

This is what he said to those who were close to him, at an anniversary some years ago. Yet, the choice was his, better than anyone else he chose the way of condemning injustice and promoting the liberation of the oppressed.
Bernard Duterme, Director of CETRI

From ‘Common Goods’ to the ‘Common Good of Humanity’ (pdf, RLF Brussels, 2011)
A Postcapitalist Paradigm: The Common Good of Humanity (pdf, RLF Brussels, 2012)
[embedyt] https://www.youtube.com/watch?v=xT8-qWnKz_U[/embedyt]
François Houtart (March 2012):
The worldwide struggles of the social movements are in dire need of a holistic vision. Only with a holistic vision concrete actions can be based on profound analyses. Different aspects of the crises must be taken together. Here the role of the intellectuals becomes very important. We have to rethink the interrelation of the four fundamental aspects of our common life: nature, the material bases of our societies, organization and culture. We need to envision the whole; we need a perception of the wholeness of social processes. In the 16th and 17th century the enlightenment period marks a break with the until then hegemonic holistic vision of life on earth. The time has come to take up what was lost a few hundred years ago. We need a dialectical vision to define the process of the transition between the crisis of today and the possible world of tomorrow. Actors and strategies have to be identified. In this process we have to learn from the failures of the last century. Our way must be a dialectical way, we can’t afford to think and act in a linear way, instead we have to practice a historical approach, which a priori accepts the fact of permanent change of knowledge, technologies etc. But not only these more of less objective facts and tools change; we too have to change ourselves, as much as the common understanding of the common good is changing.
Today three terms are used, which sound pretty similar, and all of them are used by social movements and parties around the world. Where is the difference between the “common good”, the “common goods”, and last not least the common good of humanity (CGoH)?
The common good is based on ancient philosophical/religious ideas. The idea of the common good as special way of the public interest was popularized by Aristoteles in the fourth century BCE, it was taken up again by Thomas Aquino in the 13th century CE when the closed world of the European feudal method of production came under pressure from trade capitalism, slowly destroying the well known local economies. It’s difficult to talk today about the common good as the capitalist mode of production is in need of the state and social service for its own reproduction. For that reason the public interest, as is it presented to us today, is deeply influenced by the needs of capitalism. For that reason city planning, infrastructure, or even education and culture can be assisted by the state in the name of the public interest without posing the slightest challenge to capitalism. The Christian churches have also contributed to this system stabilizing interpretation of the concept of the common good. Large parts of the Christian social doctrines are based on the perception of social stratification, not of the understanding of classes. In the interpretation of many Christian scholars there are no structurally antagonistic interests, which prevent successful cooperation between different social actors in favor of the common good. As the common good can thus be included into capitalism, and can even legitimize this mode of production, the critical social movements and intellectuals have to transcend this concept.
The same problems exist with the even narrower concept of the common goods. These, too, have their origin in pre-capitalist mode of productions. For that reason one of the first victims of the emerging capitalists actors were the commons of the “commoners”, the ordinary people, like forests, water and land. The recent land-grabbing movement is another attempt to privatize as much of the „unused“ assets as possible, in order to squeeze out profit where ever it is possible. The concept of the common goods is not only (until now) often capital friendly. Worse than this, supporters of the common goods approach often neglect the fact that antagonistic interests are inherently dominant in our societies. The reservation of some social fields for common goods should, in this approach, pacify the virulent antagonisms in our society.
As the last year’s conference was devoted to the debate on the CGoH, there is no need to reiterate this. It should be just mentioned here that the main issue to think about more radical is the metabolism of our societies with nature.
We can thus conclude that we are here to discuss in a profound way the possibilities for a post-capitalist paradigm, which is not determined by profit but by the needs of life. We thus also need a critique of the socialism of the eastern bloc, but not only in the negative sense. What we have to do here in Rome is thus to debate on the content of the socialism of the 21st century.
“Não tivemos projeto que não fosse a adaptação do capitalismo” (Interview, RLF São Paulo, 2016)


Dear François,
I thought you were immortal, indestructible. I saw you already at one hundred years old, this is what I hoped, and I was sure it would come true. It took me several hours and several messages of confirmation to really believe you passed away. Qué pena! Your immense light of hope for the world was dimmed. For me, you have been the most human of human beings I ever knew. No one will ever convince me that you did not die of exhaustion. You were fighting and spending all your energy to relieve the misery of others, to protect the damned of the earth from the cruelty and the egoism of their likes. Always listening, always working, always in solidarity with the oppressed, in all corners of the world. Your commitment has been for half a century the example that I obviously was never able to follow, though it has always inspired me and given me courage. I thank you for this and I promise I will always follow the road you have shown us, as best as I can, for the time allotted to me before I will join you.
Guy Bajoit, President of CETRI
Photo: Gerhard Dilger