The Return of Chile’s Left

Posted at 15:06h in internationalism, News by Laura Burzywoda
0 Likes 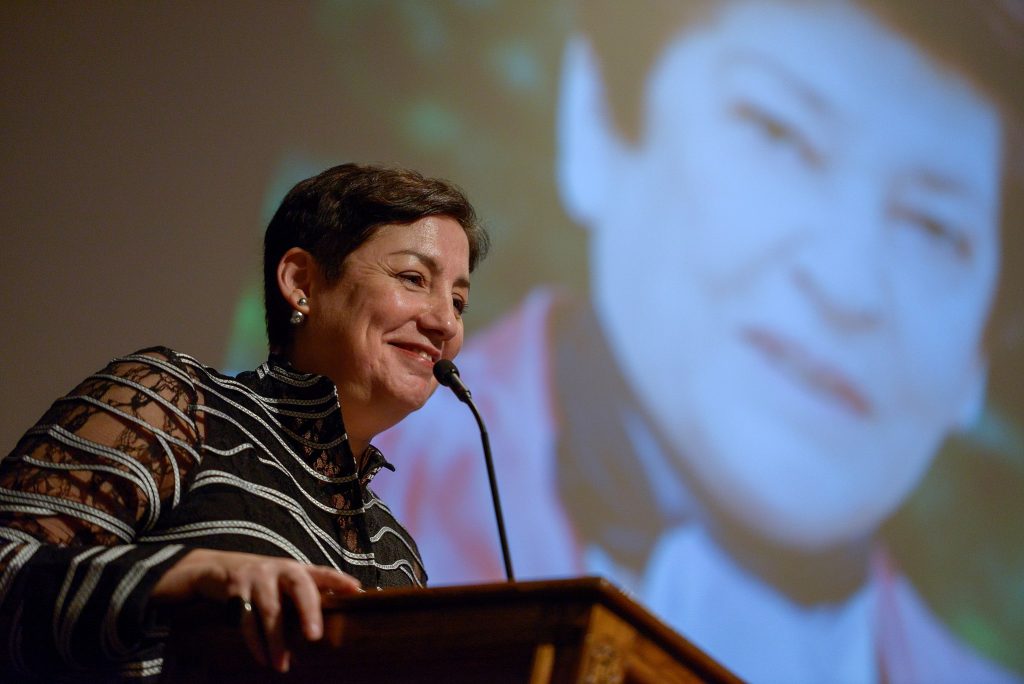 By René Rojas, Jacobin
Some might find the results of Chile’s recent presidential and congressional elections discouraging. In many ways, the vote resembled an American election: general disgust with the political class depressed turnout to under 50 percent, the ballot stifled energy for continued mass mobilizations, and key sectors of the Left chose a lesser-evil strategy in hopes of blocking the hard right’s return to power.
The parallels to the United States are not mere coincidence. They reflect declining popular militancy as well as elite domination of politics. The analogy, however, ends there.
The results were momentous. For the first time in nearly fifty years, genuine left, popular forces reestablished themselves on the electoral landscape, threatening the power of the bipartisan duopoly that has dominated Chile’s post-Pinochet democracy.
Of course, things could have been even better. Had the Communist Party (PCC) thrown its support behind the infant Frente Amplio (Broad Front, FA), right-wing billionaire and former president Sebastián Piñera would be facing left candidate Beatriz Sánchez in the upcoming runoff rather than soporific centrist Alejandro Guillier.
Communist shortsightedness notwithstanding, the election represents a watershed for Chilean politics, breaking through the elite bipartisanship that had successfully contained demands from below since 1990.

The New Majority was not alone in misreading the general mood and actual balance of forces. All major polls overstated support for Piñera and underestimated Sánchez. Though the Front itself “never expected such positive results,” pollsters seemed to conspire in their dismissal of the party’s ability to connect with voters.
CADEM, perhaps the country’s most prestigious survey, essentially ruled Sánchez out, predicting that Piñera might win the first round outright. Its polls had support for Sánchez free-falling from 26 percent in July to a mere 12 percent by October; Piñera’s tendency over the same period, according to these professionals, went in the opposite direction, growing from 38 to 45 percent.
Chile’s other top polling firm, CEP, projected an even greater distance between the candidates with only 8.5 percent of decided voters allegedly supporting Sánchez.
Of course, just as they did in the United States, pollsters claimed to have misinterpreted undecided voters’ inclinations and to have missed “hidden voters.” But what they really ignored as they built pro-business biases into their methods to promote the interest of corporate sponsors was Chile’s growing frustration and defiance.
The experts’ myopia is startling yet unsurprising. As Sánchez put it, finally letting loose against public-opinion shapers who consistently demeaned her and her party, “all these columnists who fill up pages in newspapers have no idea what happens, they have no clue about the real Chile.”
If we might expect pollsters’ and journalists’ internalization of elite culture and interests, we can’t say the same of the Communists. The fact that they linked their fortune to the crumbling foundation of Chile’s neoliberal order is nothing short of astonishing.
Already in mid-2013, when the PCC betrayed the student movement and allied with Concertación, the center-left coalition had less than 15 percent public approval. This time around, with the Guillier campaign already underway, approval for NM fell to half that paltry figure. Their delusion of forming a new democratic, reform majority within the dominant bipartisan regime is matched only their ability to ignore the potential for genuine realignment represented by the FA and its constituent movements.
After decades of marginalization, the PCC saw the invitation to join the center-left coalition as a long-overdue seat at the table. It hoped it could use its New Majority membership to promote the left-most features of Bachelet’s program. Trading its former inconsequence for a visible national platform, it believed it could provide the extra push needed to permanently defeat Pinochet’s radical pro-market legacy, all while holding Bachelet to her campaign promises by “pressuring from inside.”
But the party didn’t predict that, faced with opposition from Piñera’s center-right coalition, it would inevitably find itself defending the most watered-down versions of the reform package. In the end, the PCC failed to recognize that the Concertación was no vehicle for defeating neoliberalism. As manager of the existing order, the Concertación, and later New Majority, represented mainstays of the very regime that must be overturned to defeat neoliberalism in Chile.
That said, Communist entrenchment in the center-left coalition has produced undeniable returns. In addition to getting the party’s message through a media blockade, it expanded its congressional presence. But the eight seats it won last week — more than doubling its caucus — are only two-fifths of those the Front won.
Had they been unrestrained by their party’s alliance, Communist candidates could have galvanized popular sentiments and done even better. And had the PCC broken with NM, its support for FA would have delivered an even stronger blow to the neoliberal duopoly.

These watershed elections introduce promising unpredictability to Chilean politics, especially on the Left. Support for the Frente Amplio could open new paths for other left forces that have felt compelled to remain in Nueva Mayoría as the only available option. The Front’s immediate moves will be decisive.
Though the PCC is unlikely to follow the example of Cuevas, its bases may do so. There are encouraging signs that miners, for instance, will continue to break with Communist leadership and pursue independent radical local leadership and tactics. Partisan reconfigurations are more likely among the Socialists. The FA’s viability may splinter Allende’s party, freeing sections from the dominance of its neoliberal leadership.
The Frente Amplio’s next steps remain unclear, but its initial signals are promising. Now at the center of Chilean politics, the FA must decide what to do in the runoff election. Two weeks ago, Piñera seemed like a shoo-in, but the Front’s 20 percent would give Guillier a real shot.
NM has launched an aggressive campaign to court the FA’s voters. Fortunately, the Front unambiguously announced that it will not negotiate with New Majority. Its main leaders — including Boric, Jackson, Sánchez, and Sharp — have all declared that they will continue to serve as a militant opposition, no matter who wins.
NM is currently using both promises and threats to win over FA voters.
When Guillier’s offensive began, Sharp turned expectations on their head, inviting the Communists to join the Front’s fight against privatized pensions and education. The almost comical response came immediately: not only did the PCC fully support the FA’s radical reform program, but the Nueva Mayoría in its entirety, including the Christian Democrats, wanted to win the runoff precisely in order to enact these very reforms. As a signal to the Left, and apparently unironically, Guillier appointed the Communist Vallejo to a key post in his reorganized campaign team.
But the FA didn’t budge, reminding the candidate that NM failed to pass these reforms while in office. So Guillier resorted to blackmail. The Front, he claimed, would bear the responsibility if Piñera wins. Unintimidated, the FA’s leaders threw the ball right back: if Piñera triumphs, NM can only blame itself. To secure a victory, the center-left coalition must convince independent left voters that Guillier will bring about their desired reforms.
Wisely, the FA has not given anything up in exchange for ministerial posts or other offerings. Now firmly established, it is using its leverage to extract concessions without spending any political capital.
Unlike the Communists, the Frente Amplio will be able to act independently and mobilize allied movements if and when the next government fails to fulfill its promises. The PCC chose to strengthen the bipartisan regime in order to win reforms, but the FA seems committed to strengthening mass movements in hopes that they will bring down the neoliberal regime.
As Gonzalo Winter, a newly elected congress member from Boric’s Movimiento Autonomista, put it:
“We want to transform Chile, not just go and enjoy ourselves in Congress. As the Movimiento Autonomista, we’re clear that neither congressional representatives nor presidents change countries, nor do radical ideas alone; rather it’s organized people, ready to take charge of their lives, to defend radical transformations and ideas.”
The last time political forces had a real chance of winning such popular power was in 1973, before the coup that toppled Allende.