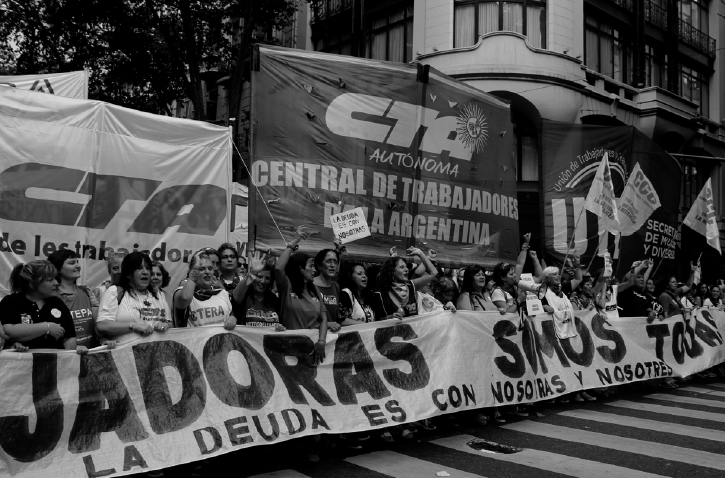 Posted at 15:55h in Internationalist feminisms by Alex Wischnewski
0 Likes

The form of organization of the working class to attain and sustain their labour rights and the conditions in which they organize and do their work is not exempt from general social determinations about gender. Socially-constructed inequalities take on their own characteristics in the corporate form of class organization: trade unions. The relationship that women and people with other sex-gender identities have with trade unions obeys the ways in which the sexual division of labour operates on the social plane and this relationship changes and is modified as the division progresses and changes. Nonetheless, it is common to find different discourses that argue that women encounter great resistance to their participation and action in trade union structures. These discourses are based on observable differences that provide concrete data on gender parity in decision-making in trade union leadership. This study set out to reflect on the obstacles that women trade union leaders and activists face in trade union participation and, at the same time, systematize the strategies that they have gradually constructed to eliminate, or at least mitigate, those obstacles.

For this, twenty-two in-depth interviews were conducted with over forty leaders and activists. One of the key elements in the selection of the interviewees was the broad variety of sectors and
activities, workplaces and level of participation within the trade union structure. Thus, activists from grassroots organizations and centralized structures were included, from public and private trade unions, from industry, services and farming.