Feminist State Reconstruction as Part of a Revolutionary Realpolitik?

02 Mar 2021 Feminist State Reconstruction as Part of a Revolutionary Realpolitik? 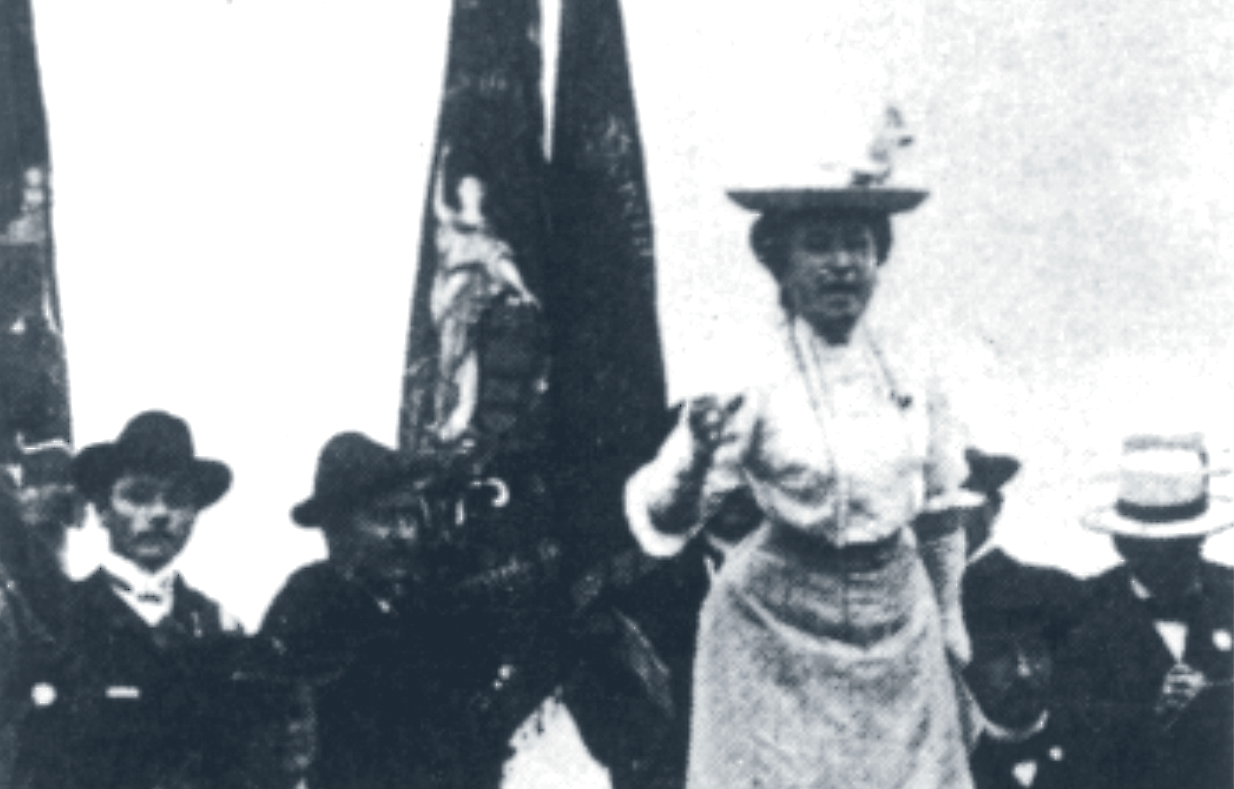 Posted at 13:19h in Internationalist feminisms by Alex Wischnewski
0 Likes

Even 150 years after her birthday on March 5, 1871, Rosa Luxemburg’s political impulses are still highly relevant and live on in today’s struggles. Many socialists, as well as socialist feminists, are now united in their claim to pursue what she coined as revolutionary realpolitik. Instead of continuing to play reform and revolution against each other, they are interested in “transforming the idea of socialism as the ultimate aim into daily politics’ divisional coins and to elevate the everyday political detail work to the big idea’s executive tool” (Luxemburg 1903, 373).

Revolutionary Realpolitik implies that every struggle should also create the conditions for struggles to reach further, for an ever deeper transformation. For Rosa Luxemburg this includes fighting in parliament for concrete improvements for broad sections of the population, but always in the service of a learning process for the popular classes. At the same time, it was necessary to clearly show that parliament itself is part of capitalist rule and that the necessary upheaval can therefore not be decided in it. For Luxemburg, parliamentarism was therefore only one means alongside others, such as media work or the general strike, which had to be linked in order to get the people to take the wheel themselves: “The popular masses continue to be the living matter of world history, even in a social democracy, and only when there is lively circulation of blood between the organizational nucleus and the popular masses, only when the same heartbeat animates both, can social democracy prove capable of great historical deeds” (Luxemburg 1913, 252).

Against this background, different practical approaches by feminists around the world take on special significance, often under the heading of a “feminization of politics” (or similar terms such as a “feministation” or “de-patriarchalization”). These are often driven by women and feminists, especially Black women and women of color, who not only want to take over institutions, but, at the same time, change the rules of the game and question the central position they hold in our understanding of politics.

Examples include the new municipalist movements, especially in Spanish cities such as Barcelona en Comú and Ahora Madrid, which have invoked the feminist claim of caring for each other in their policies, as well as in their organizing practices. Also extremely noteworthy is the development of the concept of shared mandates in various regions of Brazil. One case is the Juntas (Together) coalition in the state parliament of Pernambucco, in which four Black women campaigned together to win and now jointly fill a mandate. Although there is still an attempt to divide their unity by legally having only one of the four women hold the mandate, all four form and represent this position. Also included is the Gabinetona (Grand Cabinet), which brings together four mandates at the city, state, and federal levels, backed by a team of about 100 activists. What all the projects have in common is that they bring parliamentary work and the everyday life of the population closer together, whether through neighborhood conferences in Barcelona or at open laboratories to discuss legislative proposals in Minas Gerais. This way, they create spaces of learning, negotiation, and active self-governance that, additionally, are more accessible to women and other marginalized groups. They combine organizing and political education, with bringing together diverse voices and demands.

This aspect should not be under-estimated. In order for the two poles of reform and revolution to enter into a tense yet productive interplay, they must be constantly redefined and reworked. And to do so, many different voices are necessary. We know this today more than ever, as the debate around intersectionality has created much greater awareness of the fact that social realities can be very different. This term has and continues to shed light on the fact that the intertwining of different relations of domination of race, class, and gender generates specific experiences and exclusion based on how people are affected along those axes, but also possibilities for action. Knowledge of these realities is therefore an indispensable basis for the formulation of progressive politics that include a vision of a better life for all. It is not, therefore, conceived as a stringing together of ever more numerous individual demands, but rather as a flowing together that produces an integrating project. Moreover, the different organizations are disseminating those collective demands through the parliamentary arena, while at the same time creating a constant process of analysis as much as one of self-reflection and self-criticism.

In this way, these approaches create the foundations for a revolutionary realpolitik, in the first place, and emphasize the feminist and anti-racist perspective more strongly than before. Even if the respective responses are consequently strongly locally and temporally situated, it is above all those structural approaches that generate resonance through history and across the globe. For this reason, at the invitation of the Rosa Luxemburg Foundation, an international network of women inside and outside institutions is currently forming with the aim of spreading these organizing approaches even further, entirely in the spirit of its name-giver.